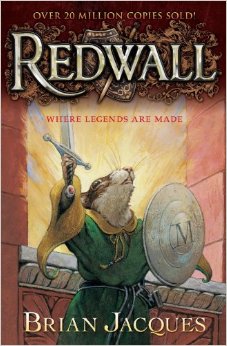 I hadn’t planned on writing about Redwall. I don’t meant to be reductive when I say that it’s a kid’s book, and finding depth and writing insight within it wasn’t something I expected. That’s not to say that books written for children always lack depth, but they aren’t known for it. I read Redwall because I’d heard good things about it from people whose opinion I generally hold in high regard. I’m sorry to say that I disagree with those people about this book. Should I ever have children, they will not be reading Redwall, or anything else by Brian Jacques.

That looks damning, and honestly the writing and storytelling in Redwall isn’t bad. It’s adequate. It has a beginning, middle, and end. There is character development. There’s a clear antagonist and protagonist. It is a complete book, and a fun little read. Had this book been written for adults, stripped of its anthropomorphic overlay and deepened, I would have enjoyed it. I love a good adventure. I love quests. I even enjoy reading about battles and war in their proper context. Which is exactly the problem. Nothing in Redwall is in its proper context. This is a book clearly meant for young folks, and not even young adults but children. What that means is that Jacques has basically dressed up a violent war story with cute animals and simple prose and expects to get a pass. I can’t give that pass. I would not let a child read this book unless I wanted that child to think that it was okay to chop a snake’s head off or launch a giant arrow into a rat’s body.

This sounds ridiculous when I write it out. As I said, this is a kid’s story. Why over-analyze it? It likely doesn’t make sense to be so critical of something so simple, but it is in its very simplicity and accessibility that I feel it does the most harm. As I read through the Battle of Redwall, I was reminded of Happy Tree Friends, a show created for adults that depicts horrendous acts of animal on animal violence. The difference in these two is a matter of scale, and of course, of intent. Happy Tree Friends, whether you love it or hate it, is designed to amuse people mature enough to understand that it’s comedy (even if plenty of children have likely seen it). It wasn’t marketed to kids the way that Redwall is. One can certainly argue that the graphic nature of HTF is leagues ahead of Redwall, and in fact Redwall is fairly tame in its depictions of death. However, that’s simply a matter of quality, and in the end both shows feature animals murdering one another.  Unlike HTF, Redwall has the power of imagination on its side. 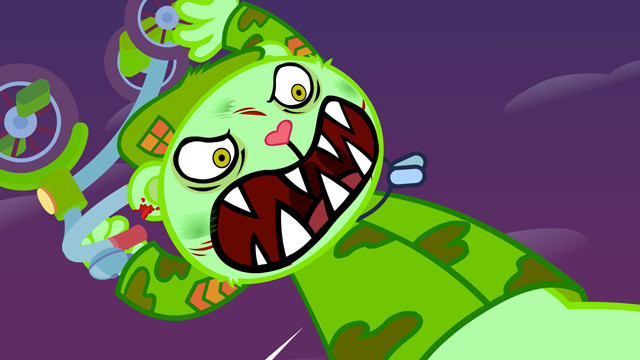 I keep envisioning my ten year old son or daughter in some alternate future. They ask me what they should read, and I tell them, “Well, I loved Redwall as a kid. You probably will too!” They read it, and their impressionable minds accept that violence is the answer, and moreover that violence is heroic. They see rats, snakes, and weasels as evil creatures, not as things living in nature, surviving just like anything else. They don’t see metaphors yet because they are children. They see literals. I’m not saying that everyone who reads this book is going to grow up and join the army. I actually don’t think it’s harmful at all (and those people I mentioned earlier who influenced me to read this are the least violent people I know) because it uses animals to remove us, humans, from its violence. But that’s also one of the biggest problems I have with the book. It feels like an excuse to write about war without writing about what actually matters in war, the consequences of killing each other, or how devastating these kinds of themes should be. War, in any narrative, should be a heavy burden; not a quick read.

This is obviously a problem that many stories in many different genres face. They call it cognitive dissonance in the video game world. How is it that your lovable protagonist, who seems to have such noble goals, is perfectly fine wandering around the game world murdering hundreds of bad guys? We accept it more readily in video games because it’s fun and clearly not real. However, the gap between video game-ness and reality is shrinking every year, and that brings us closer and closer to the violence. Movies like Star Wars share a similar problem because they show war and only ever display the heroics of it. No one in The Force Awakens seems to care about all the storm troopers gunned down, not even the former storm trooper who chops them up with a light saber. Fortunately, the problems above are mostly problems for adults to struggle with. Redwall isn’t marketed to adults or even teenagers, people who ideally possess the cognitive abilities to distinguish between reality and fiction. Redwall is aimed directly at children, and very few children are going to understand the words ‘cognitive dissonance’, or what those words mean.

I’m open to discussion about this, certainly. I wanted to like Redwall, despite a lifelong aversion to humanizing animals. I still remember reading The Chronicles of Narnia as a kid and loving every second of it, though now I fear re-reading Lewis and seeing the same problems as I did in Jacques. Unfortunately, I can not get past the dissonance inherent in cutesifying violence. Dress it up with the most adorable bunnies and mice you can conjure, it’s still one living thing killing another. That’s not something children need to face yet.